The concept of men wearing makeup in the UK almost feels taboo, something we don’t talk openly about or are largely scared of admitting. It hasn’t quite hit the mainstream, but will it become the norm in the years to come? That is what all the data suggests.

The real growth started in South Korea, where 34% of men wear makeup. But perhaps more interesting is that 58% of men born in the new millennium have admitted to regularly wearing makeup, a transition which has seen the mens skincare industry boom.

But why not? For so long, women have been able to cover up a blemish or clean up their eye brows while men have had to accept what they have and hope people don’t notice anything they feel self conscious about. Quite understandably, men are the ones holding themselves back, as it is still seen as unusual and ‘not masculine’, yet as the media moves the attention and male celebrities embrace makeup, this could all very much change.

When David Beckham was wearing makeup or beauty products 10 years ago, both the media and the general public mocked him. However now most Love Island or reality TV stars are seen coated in makeup and certainly know the beauty industry well. This is slowly reflecting on society, but is picking up pace.

I personally gave the 10 Step Korean Skin Care Routine a try a couple of months ago and absolutely loved it. I learned so much about the beauty industry and found myself offering advice to female colleagues, not something I thought I could ever do.

However I don’t predict it will be an instant change of mindset, it will require a new younger group to grow up seeing it as acceptable. Almost a rebellious attitude towards older audiences that are set in their ways.

The first steps forward are with anti-ageing treatment. I remember applying moisturiser to my face when I was 15 and guys I saw as friends having a laugh and calling me gay. Nowadays, I don’t know a single guy that isn’t putting on moisturiser and that isn’t simply down to my age, it is an understanding of how important it is to look after the skin.

At first, many men needed ridiculous branding, to make it look more ‘macho’, stating ‘mens moisturiser’ and then charging double the price. However now the education levels around the beauty industry are spreading and this has led to a huge increase of men purchasing face masks and sheet masks.

In fact, the majority of charcoal face masks are sold to men! Not something that everyone presumes, however this is largely thanks to the reported benefits around treating skin that is liable for acne.

Brands are slowly turning their attention towards the male audience, realising this is a huge potential area of growth for the business, with minimal competitors currently, with Rimmel, Mac and CoverGirl all trying to break the market.

Of course, if we look back over history, men always used to wear makeup, even dating back as far as 4000BC. Then when we got to the mid 1800’s, everything changed and it became as a single gender product.

I’d be really interested to see which brand manages to break the industry and gather the biggest audience, breaking down mental barriers built throughout a lifetime (specifically a childhood), while altering societies perceptions. 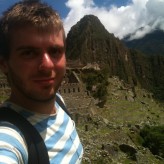